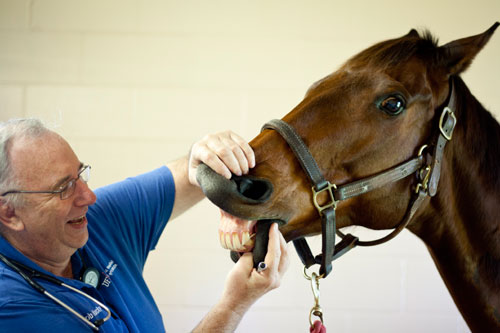 This article appeared in the March 2018 Issue of Veterinary Times.

It’s difficult to consolidate this into a small article so here are the highlights. I encourage each and every one to follow the link and read the article. Yes, it was a study done with horses but we have seen the same or similar results with farm animals and dogs. Cats are not as easy because they can be fussy but in saying that we certainly have a number of cats using Immunovet.

“Over a six-year period, 66 geldings and 25 mares, with behavioral problems not causally associated with oestrus, were given FWGE as part of their standard daily evening-fed diet using, as previously, a weight-adjusted feed addition approximating to one part per thousand parts of feed on a dry weight basis. This meant small horses (about 350kg bodyweight) received 15g per day, medium-sized animals (about 500kg) 20g per day and larger animals (about 750kg) 25g per day. In all instances, the prime criterion for feed intervention was what the stable staff referred to generically as “bad behavior”.

The majority of animals (74/91) selected for inclusion in the study, as a consequence of poor behavior, were also recorded as suffering during the six-year period of observation from a variety of common ailments, such as poor appetite, difficulty in retaining weight, low grade recurrent colic and hoof problems apparent in the spring as the animals spent more time on pasture. Coat and skin condition were also noted. These incidental observations are recorded in outline, not as the outcome of fully quantified trials, but because they give possible indications of some of the causes of bad behavior and, in a preliminary manner, point to some ways in which change can be effected.

Over the six-year period of study, 17/91 of the animals (10 geldings and 7 mares) at the time they were scored for the beneficial effect of FWGE on behavior, had no other clinical symptoms that accounted for their bad behavior. The remaining animals had, from time to time, poor weight maintenance, mild recurrent colic, hoof or skin problems. Complete case histories for each animal were kept, but these offer too much information for the present paper.

The impact on behavior was recorded. This was an open case controlled study and, as with the oestrus mares, some instances of deprivation of treatment was used as a control. The ages of the animals ranged from 2 to 35 years and involved riding school, hacking and jumping, dressage and eventing horses. The duration of treatment periods varied, but was largely determined by how long it took for the restoration of normal behavior.

The initial effects of the use of FWGE were followed on 17 animals, 10 geldings and 7 mares – all of which had high behavioral scores. These initial cases had no other obvious clinical problems. The various descriptions of the bad behavior included kicking the stable door, sharp and spooky, difficult to mount, nervous and excited when ridden, wind-sucking, uptight and spooky when ridden, grumpy, biting, ears back, tense and unwilling to work.

The mean BS of these 17 animals prior to intervention was 4.4+/-0.6. After feeding the product, the majority of the animals had improved BS within one to two weeks, although four horses, two geldings and two mares, took four to six weeks. In all 17 animals the various signs of bad behavior improved to what could be considered “normal” levels. After feeding with FWGE.

COLIC
In the present study, over the six-year period of study, 33 horses, (5 mares and 28 geldings) were reported by the stable staff to have, in addition to bad behavior, recurrent low grade colic not deemed on veterinary advice to require further intervention. The colic was defined by such clinical signs, as kicking at belly, flank watching, restlessness, tail swishing, sweating, tachypnoea, rolling eyes, wanting to lie down and unwillingness to have the girth tightened.

The average behavior score of these animals at the time the colic was recognized was 4.6+/-0.4. Following the use of FWGE the mean BS was 1.4+/-0.5. The differences in BS before and after intervention were statistically significant (P<0.0001). It was also noted the clinical signs of colic in all these animals was much reduced and often abolished by feeding the product from 2 to 28 days, with the majority of the animals (24/28) showing recovery in the first two weeks. The improvement in behavior was co-terminal with cessation of the clinical signs of colic. The attending vet (personal communication) was very surprised with the improvements brought about in these colic instances by feeding the product. Four of the five animals were indeed found to have significant gastric ulceration. The fifth had an inflammatory abnormality of the duodenum. These five animals were then treated daily for four weeks with FWGE. During this time, quantified observations were made on their behavior and, after 28 days, the animals underwent further gastroscopy. Standard numerical scores for gastric observation, behavior, and general condition were derived. Gastric score 1 to 5 is none to severe ulceration, BS as before. The general condition score reflected poor (1) to very good (5). All horses improved their behavioral profile within 7 to 10 days of starting and all regressed to their previous bad behavior within three weeks of cessation at the end of the period of study of feeding with FWGE. The differences in the mean BS after intervention with the product were statistically significant. In relation to gastric ulceration scoring, no differences were seen as a consequence of treatment. Differences were observed in all animals in various more subjective parameters of gastrointestinal health and abdominal sensitivity, including allowing girth to be tightened, improvement in the quality of feces, less discomfort when being tacked up, cessation of wind- sucking and improvement in appetite. No significant differences were seen between the general condition and gastric scores between the commencement and cessation of the 28-day period of observation COAT AND SKIN CONDITIONS
It was noted in horses where coat condition was less than “optimal” that it improved noticeably during the period of intervention with FWGE. Additionally, in eight animals, four mares and four geldings – all with poor behavioral profiles – various abnormal skin conditions were recorded. Four animals had extensive alopecia and lumpy skin, and in two of those, considerable ulceration and flaking. One was recorded as having mud rash.

Four animals suffered from sweet itch – two with extensive exudates. All signs resolved within six to eight weeks on animals fed with FWGE. Feeding with this product prophylactically by the stable owner has been undertaken and no new cases of abnormal skin conditions seen in the past two years. Several would have been expected from experiences in earlier years prior to the use of FWGE.

Further study is warranted on the beneficial effects of feeding this product to horses suffering from various chronic skin disorders.

APPETITE AND WEIGHT LOSS
A total of 17 geldings and 8 mares, in addition to poor behavior, were noted to also suffer from poor appetite and weight loss. In all cases, their behavioral problems were corrected by feeding FWGE, and restoration of appetite and capacity to retain weight were noted to have occurred by the carers. These latter effects occurred over a period of weeks and were more noticeable in older animals. The overall results give a preliminary indication horses with poor appetite and inability to maintain weight can be improved by feeding this product.

I have found this to be one of the most comprehensive articles of this supplement and its very gratifying to know that we have this available throughout the world.

Made from Fermented Wheat Germ Extract, IMMUNOVET’s All Natural formula makes it suitable for all pets to take regularly.

Hit enter to search or ESC to close